This course is for individual use only. For groups, please see the company-wide packages available at the bottom of this page. If you'd like to purchase the video for use in your live training class, contact us.

Why You Need This Course

Would understanding today’s younger workers make you a better manager or supervisor? Are you ready to learn more about the evolving expectations of today’s new workforce? You’re in the right place!

This video-based workshop on “Managing the Millennial Mindset” shares workforce expert Cara Silletto’s recently-recorded program with including first-hand stories about the real generational issues on the T.A.B.L.E. (technology, authority, balance, loyalty, entitlement) in the workplace today.

What this course covers: 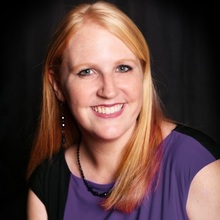 Workforce thought leader Cara Silletto, MBA, workswith organizations of all sizes to reduce unnecessary employeeturnover by bridging generational gaps and making managersmore effective in their roles. As an early Millennial herself, sheknows first-hand what it is like to have a heightened sense ofentitlement, very little employee loyalty, and a dependency uponher smart phone. However, unlike many Millennials, Cara figuredout exactly how these attributes were cultivated during herformative years, and now shares her story with leaders across thecountry, including teams at Toyota, UPS, Cintas, and Humana’sLearning Consortium.Cara earned her Bachelor’s degree in Corporate Communicationfrom the University of Indianapolis and began her career as anassociation professional. She then went on to earn her Master’s inBusiness Administration (MBA) from the top-ranked University ofLouisville Entrepreneurship program, lived overseas teachingGerman executives about business practices in the United States,and then started Crescendo Strategies in 2012, where she nowserves as the President and Chief Retention Officer.Today, Cara is a highly-sought- after national speaker conducting60 to 100 engagements annually. “Workforce Magazine” inChicago named Cara a “Game Changer” for her innovativeapproach to solving generational issues in the workplace, andRecruiter.com listed her in their “Top 10 Company Culture Experts 150to Watch,” list. She has been quoted and interviewed for variouspublications including Forbes, HuffPost, The Boston Globe, andmore, and is also the co-author of the 2015 book, What’s Next inHuman Resources.Cara lives in the Greater Louisville area with her cheese-sellinghusband, Michael Bauchman and their talkative toddler, Everett.She recently served as President for her local chapters of both theNational Speakers Association (NSA) and the Association forTalent Development (ATD), and is very active in additionalnetworking and professional membership organizations as well.
Buy $49.00
We suggest moving this party over to a full size window.
You'll enjoy it way more.
Close
Go Fullscreen